In a dazzling explosion of light raising from her hands, Sophie Cauvin — a Belgian painter — a visionary artist — renders visible what a human eye has never been able to see so far.

Let our gazes keep silence. And let’s open our eyes.

Before the Universe’s incandescent emergence at the heart of a huge blade of fire, in an imaginary time well before the Big Bang, pure numbers without beginning or end and lost dimensions were co-existing. But also geometrical beings chasing out endlessly their eternal slidings of lines, angles and surfaces.

It is this world, it is this eternal life before the birth of the matter that Sophie Cauvin the Belgian painter invites us to contemplate in her art levitating above the existing languages on earth.

Sophie is an Belgian painter and artist out of time. Beyond codes. Beyond fashion trends. Far from the rustlings of ordinary languages. Listening in a meditative mood to the field’s relativist equations. Listening to vortex and backwashes. Maybe for the first time in history of art, she allows us to catch the immaculate reflection of this era without duration. An era whose essence is mathematical, preceding the burning emergence of time and space. With Sophie, alongside her, on her infinite eyes’span, it becomes possible to detect in a crystal’s radiation the quantum vacuum announcing one billion years ago the star-studded sky.

In this way Sophie, the Belgian painter, will forever escape the cosmetic round of ages and fashion trends. Combining a profound aesthetic with an overwhelming power, she invites us to dream about these universal forms, about these transcendantal entities which beckon us from the hereafter of our world, irradiating their beauty, without allowing us to name them. 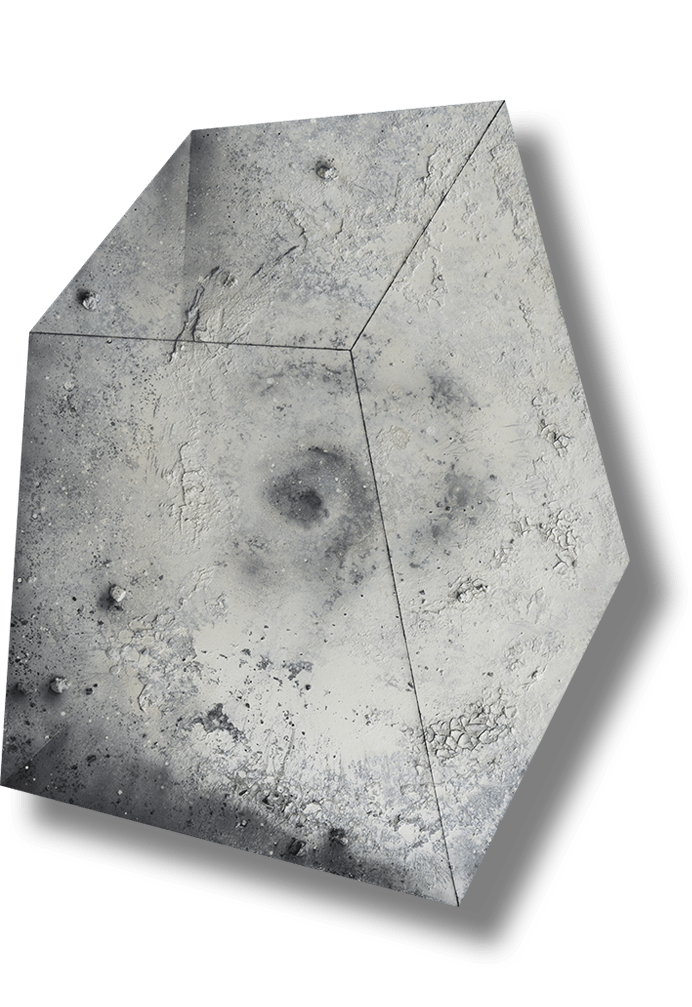 The Belgian painter invites us to share and shake with her own dream. This is why Sophie Cauvin the Belgian painter is also a poet. An explorer. A philosopher. A geometrician. A metaphysician. A woman. Thanks to her plural and platonician vision, we understand that Time is the moving image of a motionless eternity. Thanks to her touch we understand that nature, the book of nature is written in the language of mathematics as Galileo dared to say in 1610 while facing the stars flying into the night. But like its frames drifting beyond their natural borders, we understand that the meaning of life can only be found above the incompleteness principle which surrounds our world.

When the Belgian painter, gives such a title as « Genesis » to one of her works, in one shot, she takes us back millions of years ago. How far ? At the origin of the matter, of course, to the Big Bang’s instant. But not only.

Ardent artist in search of beauty, good and truth, she doesn’t stop here.
She wants to know.
She will know.
She knows.
She experiences a phosphorescent crossing of cone of light. She experiences the enchanted step towards this wall matter that the theoretical physicists call « Planck’s wall ». In the open air, she makes us travel to the initial Singularity of the space-time, leaving far beyond her broken moorings and crew. In weightless conditions to the zero-moment. When our Universe was still a mathematical mist suspended in an evanescent polyhedron.

But what can we see over there ? What can we see in this great elsewhere, a place where nothing that we know exists yet ? Forms with geometrical essence. Symmetry groups whirling out of their universal coating. Flaming tesseracts whose shadow in free fall projects on Earth the dazzled image of countless cubes in two-dimension. And finally at the end of the starry night the cosmological code driven by the zero-moment of space-time. The cosmological code at the source of everything that exists, from dawn till the end of time.

With this Belgian painter from all centuries, with this soul with pure hands, we discover in tears how our Universe came out of nothingness. We discover why there is something rather than nothing. And the meaning of life.

The meaning of life.